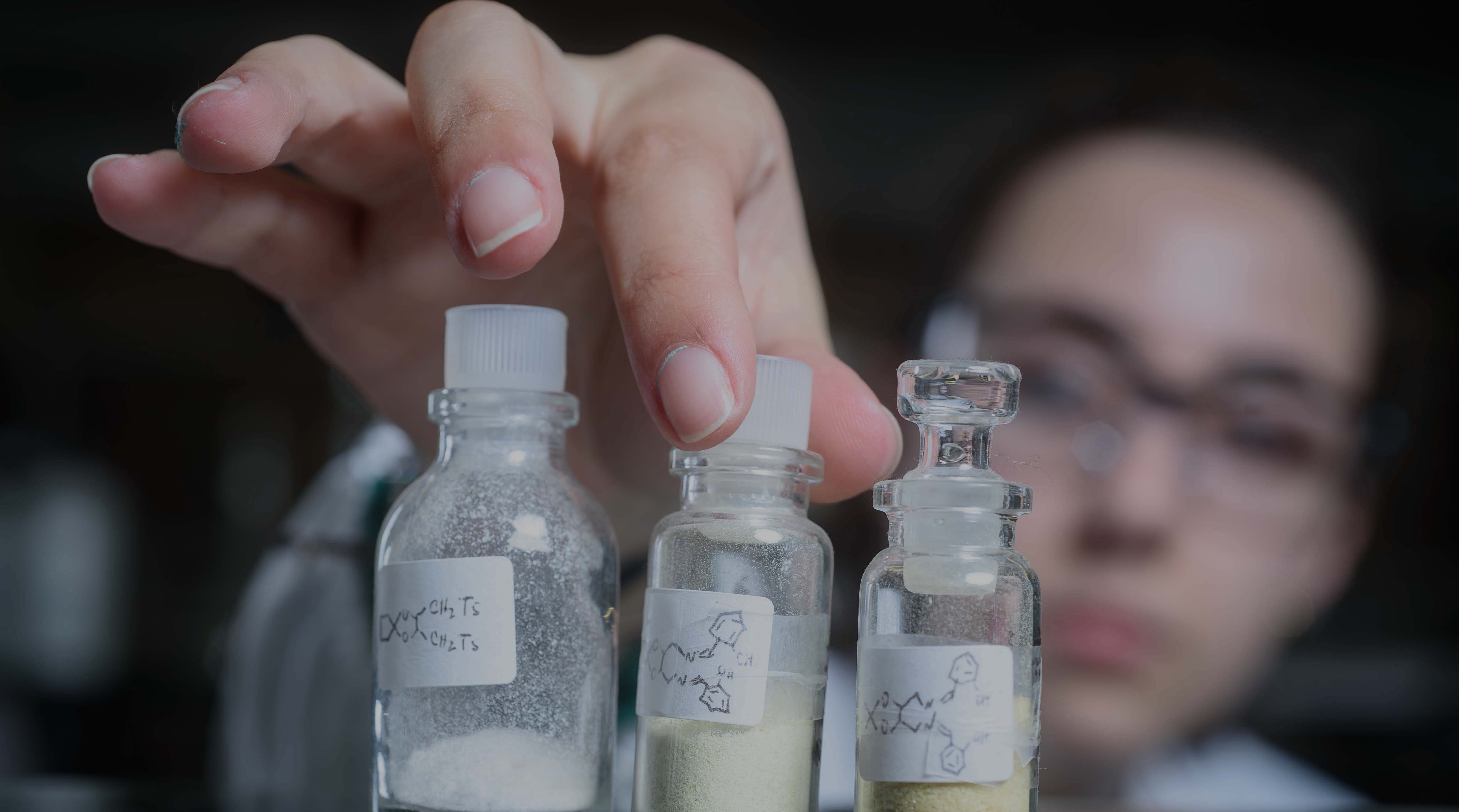 The Biological Chemistry group explores Life from a molecular perspective. The group investigates the structure and dynamics of molecules of Life, their interactions and their role in health and disease. It comprehends 4 sub-groups with expertise in distinct areas.

This group focuses on the interaction of metal ions with biological systems regarding their essentiality and toxic effects as well as the development of metal-based drugs for therapy and diagnostics. Studies have been focused on the role of essential metal elements, the targets and mechanisms of toxic elements, the development of metal based drugs for therapy, diagnostic and multimodal agents for theranostics. The methodologies followed are mostly based on characterization of the metal based agents using spectroscopic techniques (UV-vis, fluorescence, EPR, relaxometry and NMR), complemented with in vitro, ex vivo and in vivo studies.

The major objectives of this group are on biomedical NMR and MRI, including the development and characterization of contrast agents for MRI and multimodal molecular imaging, including nanosystems for theranostics. The research proceeds in strong collaboration with the Bioinorganic Chemistry group, and more recently with the Biomembranes group for the development of contrast agents with higher availability in the brain. The group has a long term expertize and worldwide recognition on the development of NMR fundamentals and applications of this technique in the area of biological chemistry.

The major objective of the group is the understanding of the rules that govern permeability through biomembranes and their function as biological barriers. This includes studies on lipid bilayers and on the interactions of lipids and amphiphilic molecules with membrane proteins. The knowledge is applied on the prediction and control of the pharmacokinetics of active agents, namely their availability in tissues protected by tight endothelia such as the Brain. The homeostasis of lipids is another area of interest, including the development of hypocholesterolemic pharmaceutical agents and food ingredients. The methodologies followed are mostly biophysical, including experimental and computational approaches.

The research of the group is rooted in a long standing expertise on protein structure, stability and folding, and protein-ligand interactions, using a wide range of experimental and computational approaches. The main research focus has been directed to the study of molecular mechanisms of amyloid diseases, in particular transthyetin-dependent amyloidosis (ATTR), and the discovery and development of small-molecule therapeutics, an effort that lead to the creation of a spin-off biotech company (BSIM Therapeutics). More recently, the group has also expanded its interests in the identification and validation of biological targets in the areas of neuroinflammation and anti-virals.